Brian F. Havel takes the helm at the IASL 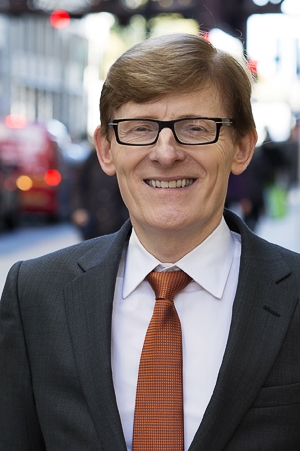 The Faculty of Law and the Institute of Air & Space Law (IASL) are pleased to announce that, following his appointment in December 2016, Professor Brian F. Havel has joined the Faculty and officially taken over as the 13th Director of the IASL as of August 1st.

Prior to joining the Faculty, Professor Havel was a Distinguished Research Professor of Law at DePaul University College of Law in Chicago, where he directed the International & Comparative Law Program and the International Aviation Law Institute. Professor Havel, who teaches international aviation law, international trade law, and the law of the European Union, practiced transnational corporate and antitrust litigation at Paul, Weiss, Rifkind, Wharton & Garrison LLP in New York before entering academia. His current research focuses on issues of public/private governance in the air transport and space industries – and the sites of that governance – that emerge from “messy” public and private international norm-generation at all levels.

Professor Havel takes the helm at the Institute after it recently celebrated 65 years in existence. “The IASL is remarkably enduring for an academic institute, a testament to the outstanding teaching and scholarship for which it is recognized worldwide,” said Professor Havel. “The next five years will be key years of shaping the Institute for its 70th anniversary, coinciding with the bicentennial of McGill University itself. We hope to make our 70th birthday year the Institute’s most successful ever,” he added. Key priorities include strengthening relationships with the many aviation and space institutions that make their home in Montreal, including the International Civil Aviation Organization, as well as creating new opportunities to support teaching and research through partnerships in Canada and throughout the world.

"The IASL has earned a world-wide reputation in the field,” Dean Robert Leckey said. “I am confident that Professor Havel brings the talent, energy, and vision to steer its continued flourishing.”