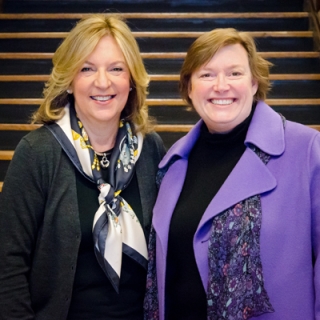 A full professor, Professor Jukier has been teaching at McGill’s Faculty of Law since 1985, where her teaching and research interests focus primarily in the areas of contractual obligations as well as judicial institutions and civil procedure. She is a three-time recipient of the John W. Durnford Teaching Excellence Award (2004, 2016, and 2018) and was awarded the Principal’s Prize for Excellence in Teaching in 2010. Professor Jukier served McGill University as dean of students from 1995-2001 and has served the Faculty of Law as associate dean of admissions (1991-1995), associate dean of strategic planning (2004-2005), and associate dean (graduate studies) (2010-2013). She will replace Professor Vrinda Narain, who is completing a three-year term as associate dean (academic).

“Both Professor Bjorklund and Professor Jukier bring creativity, deep experience, good judgment, and a firm commitment to advancing the faculty’s academic mission to their posts,” Dean Robert Leckey said. “I am grateful to both colleagues for their willingness to take on these crucial roles, and I look forward to working closely with them in their new roles and to learning from them.”