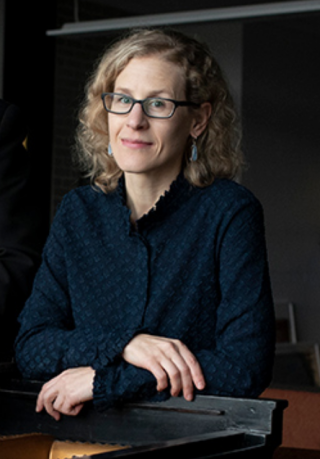 Despite being one of Canada’s most prolific composers in the twentieth century, Eldon Rathburn (LMus 1937) still remains somewhat unknown. Over the course of his 75-year musical career, Rathburn churned out hundreds of remarkable film scores that provided the soundtrack for a wide variety of productions, in addition to many orchestral and chamber pieces. With such an extensive catalogue of noteworthy works, Rathburn certainly deserves a prominent place in the Canadian musical canon.

Fast-forwarding to present day, Ottawa drummer Allyson Rogers (current PhD candidate in Communications Studies and Art History) has teamed up with Ottawa saxophonist/guitarist Adrian Matte (BMus 1996) to produce an album entirely made up of Rathburn’s music re-imagined for an all-star jazz quintet. On top of this, Rogers collaborated on an upcoming book with Dr. James Wright (PhD 2002) which provides a unique overview of Rathburn’s life and works, including some compositional analysis.

We discussed both of these projects and more with Rogers in a recent email interview.

How were you first exposed to Eldon Rathburn’s music, and what made it really stand out to you?

As a music grad, it’s somewhat embarrassing to admit that I had never heard of Eldon Rathburn until James Wright approached me about working on the book on Rathburn's life and music, They Shot, He Scored! Even though Rathburn is one of Canada’s most prolific composers, his name isn’t widely known outside chamber music circles. However, if you’ve seen any of the classic National Film Board (NFB) films from the 1950s and 1960s, or early IMAX films from the 1980s and 1990s, or visited the Labyrinth pavilion at Expo ’67, you’ve heard Rathburn. Rathburn scored more than 250 films—most of them for the NFB—and wrote more than 100 concert music works.

I was bewildered by the amount of material we had to sort through. In addition to his musical oeuvre, Rathburn also kept meticulous records that chronicled his life and times. In his later years, he owned two apartments side-by-side: one to live in, and one to house everything related to his work, including scores, notebooks, listening journals, letters, newspaper clippings, and an extensive record collection. I didn’t know where to begin, so I decided to focus on his film music and watched as many films as I could. I visited NFB headquarters regularly to find more obscure films and sift through archival materials.

A film that stood out immediately—one that has been all but forgotten—is Fish Spoilage Control (1956). The name intrigued me: what exactly was this film about? What kind of music did Rathburn write for it? Since the film had not been restored, the NFB made a working copy for me and said I was the first person to ask about it. Whatever my preconceived notions were, I was not expecting a whimsical animated short with a modern jazz score about properly handling fish! It’s fantastic, and shows the genius of the NFB’s creative personnel, who could take mundane subject matter and use it as a vehicle for artistic expression. I don’t think “fish spoilage control” has ever been depicted so imaginatively!

Generally, the films that stand out to me are those that showcase Rathburn’s astonishing versatility. Although he was formally trained as a classical pianist and composer, he received another kind of training early on when he toured with Don Messer’s dance bands and Bruce Holder’s orchestras in the 1930s and 1940s. He developed a deep understanding of the particularities of many different styles, including jazz, country, bluegrass, and Western classical idioms. He brought all of this experience to the NFB, which made him a tremendous film composer for that milieu because he could offer a range of options to complement the assortment of topics they worked on. He was highly respected by his colleagues for his competence, flexibility, and easy-going personality.

Rathburn wrote a handful of jazz scores, which are full of great melodies and creative instrumentation. The most notable are The Romance of Transportation in Canada (1952), The Structure of Unions (1955), Short and Suite (1959), and Fish Spoilage Control. Even though he uses classical language and notation, it’s clear that he understands the intricacies of harmonic movement and motivic development in jazz. His classical instincts also shine through in the way he develops thematic ideas and motifs throughout the score. It’s an interesting mix that was very current.

While these films are some of my favorites, and Rathburn considered them some of his best, his real passion was for modernist music. He lists Charles Ives, Arnold Schoenberg, Paul Hindemith, Dmitri Shostakovich, and Aaron Copland among his sources of inspiration. To hear some of Rathburn’s best modernist work, listen to Universe (1960). Stanley Kubrick was so impressed by Universe that he tried to hire the NFB’s special effects team to work with him on 2001: A Space Odyssey (1968). However, the NFB personnel were too busy with other projects or perhaps not interested enough to accept his offer. Although Kubrick never contacted Rathburn specifically, I’m writing an article right now that makes the case that Rathburn’s score for Universe appears to have had some impact on Kubrick’s music selections for 2001.

What inspired you and Adrian to put together this recording project, and to arrange the music for a small jazz ensemble?

Adrian and I play together in several jazz ensembles and we’re always looking for new material, so when I came across Rathburn’s jazz scores at the NFB, we thought there might be material we could arrange and play ourselves. After looking at the scores more carefully, we quickly realized the potential for a much bigger project. The music is also quite challenging and we wanted to find the right musicians to do it justice – we chose to work with trumpeter Kevin Turcotte, saxophonist Petr Cancura, pianist Marianne Trudel, bassist Adrian Vedady and drummer Jim Doxas.

Therefore, we quickly shifted away from casting ourselves as performers, and instead stepped into the role of arrangers, producers, and project managers. The enthusiasm and support we received at each step, especially from the NFB and the musicians, kept our motivation high. How did you both go about choosing selections for the album from Rathburn’s huge body of work?

This was a very time-consuming and truly collaborative process. We listened to the films over and over again, with and without the visuals. The NFB provided us with copies of the handwritten parts, so we had to enter everything into Finale to work with the material digitally. Fish Spoilage Control and The Romance of Transportation each contain a dozen short sections of music (“cues”) that range from approximately thirty seconds to a minute and a half. We identified the cues we felt had the strongest thematic material and then worked side-by-side moving sections around, trying out ideas, listening back, and making adjustments. Essentially, we arranged the material into more standard song forms that could be used as the basis for improvisation.

Looking back, I think we chose well, and the arrangements work. Of course, the real magic happened when we handed the charts to the musicians—a dream team of jazz players—who took the music to another level in the studio. We spent five days in the NFB’s Chester Beachell studio where Rathburn had worked for most of his career. The album was recorded and mixed by the NFB’s head engineer, Geoff Mitchell (BMus 1993), who crafted a fabulous sounding record. We feel really privileged to have had so many extraordinary people work on this album. It was a fantastic experience.

What additional insights did you gain while writing They Shot, He Scored with James Wright?

Rathburn’s personal notes reveal a lot about his attitude toward film music and the collaborative environment at the NFB. In composing film music, Rathburn stresses the need to be concise, efficient, and willing to break out of habits. Directors especially liked working with Rathburn because he was efficient and seldom fussed about changing what he had written, or omitting sections entirely. One of the NFB’s head sound engineers, Louis Hone, recalls how incredible it was to watch Rathburn adjust the score in the middle of a recording session to accommodate a new edit, or quickly rework a passage to enhance its synchrony with the image.

With this in mind, when Adrian and I are asked whether Rathburn would have approved of this project, I think we can say yes, unreservedly. In a sense, we’ve done the inverse of the process he describes. Rather than keeping the music concise and functional, we’ve expanded sections and added transitional material to create pieces that are suitable for extended improvisation and live performance.

It’s a toss up between Fish Spoilage Control and The Romance of Transportation, I can’t choose!

Listen to selections from the album The Romance of Improvisation in Canada here and read more about They Shot, He Scored, which will be released in March 2019 on McGill-Queen’s University Press.