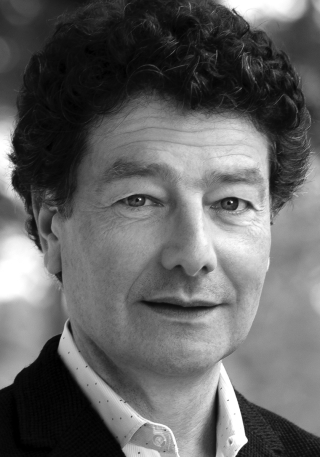 Antoni Cimolino, the current Stratford Festival Artistic Director has contributed to the prominence of the organization for over 30 years in a variety of different roles.

This timely Lecture entitled Shakespeare and the Weight of This Sad Time will explore the significance and impact of Shakespeare's oeuvre in times of uncertainty.

It is presented by the Friends of the McGill Library and Stratford Festival.

Cimolino began his Stratford career as an actor, playing such parts as Flute in A Midsummer Night's Dream, Claudio in Measure for Measure, Romeo in Romeo and Juliet and Laertes in Hamlet. He started to direct for Stratford in the mid-1990s, winning acclaim for such productions as Filumena, with Richard Monette; Twelfth Night, with William Hutt; Love's Labour's Lost, with Brian Bedford; King John, with Stephen Ouimette; As You Like It, featuring original music by Barenaked Ladies; Coriolanus, with Colm Feore and Martha Henry; Bartholomew Fair, with Tom McCamus; The Grapes of Wrath, with Janet Wright; and Cymbeline, with Geraint Wyn Davies.

In 2013, his first season as Artistic Director, Cimolino introduced the Stratford Festival Forum, a season-long series of events illuminating the themes of the playbill and illustrating their relevance in today's world. That same season he directed The Merchant of Venice, with Tom McCamus and Scott Wentworth, and Mary Stuart, with Seana McKenna and Lucy Peacock, a production that was extended an unprecedented four times.

His recent productions also include King Lear with Colm Feore (one of the top-selling Shakespeare productions in the Festival's history); The Beaux' Stratagem with Colm Feore and Mike Shara; Hamlet with Jonathan Goad; The Alchemist with Jonathan Goad, Stephen Ouimette and Scott Wentworth; Macbeth with Ian Lake; The Hypochondriac with Stephen Ouimette and Brigit Wilson; The School for Scandal with Shannon Taylor, Geraint Wyn Davies and Joseph Ziegler; The Tempest with Martha Henry; Napoli Milionaria! with Tom McCamus and Brigit Wilson; The Merry Wives of Windsor with Geraint Wyn Davies, Sophia Walker and Brigit Wilson; and the English-language première of Birds of a Kind with Jakob Ehman, Deb Filler, Alon Nashman, Harry Nelken, Sarah Orenstein, Baraka Rahmani and Hannah Miller.

Cimolino was appointed as a Member of the Order of Canada in November 2015.