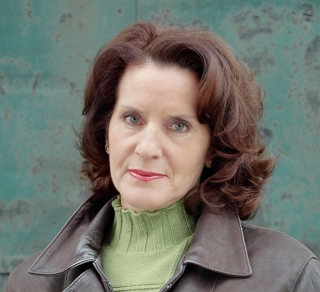 The virtual lecture will centre on Off's 2017 book All We Leave Behind: A Reporter's Journey into the Lives of Others. It is the story of an Afghan family's frightening escape from a murderous warlord, written by a journalist who broke all her own rules to get them to safety. The book was winner of the British Columbia National Award for Canadian Non-Fiction and finalist for the Shaughnessy Cohen Prize for Political Writing, the Governor General’s Literary Award for Non-fiction and the Hilary Weston Writers’ Trust Prize for Nonfiction.

Click on the link below to rsvp and submit questions.

Bio: Carol Off is the host of CBC radio's As It Happens, the network's flagship evening radio program covering human interest stories worldwide. With extensive experience in both Canadian and international current affairs, Off has covered conflicts in the Middle East, Haiti, the Balkans and the sub-continent, as well as events in the former Soviet Union, Europe, Asia, the United States and Canada. She reported the fallout from the 9/11 disasters with news features and documentaries from New York, Washington, London, Cairo and Afghanistan. She has won numerous awards for her CBC television documentaries in Asia, Africa and Europe and is the author of three previous books, most recently, Bitter Chocolate: Investigating the Dark Side of the World's Most Seductive Sweet, a finalist for the National Business Book Award and nominated for the prestigious Shaughnessy Cohen Award for Political Writing. She lives in Toronto.

Presented by the Friends of the McGill Library in partnership with Blue Metropolis International Literary Festival.

Carol Off’s All We Leave Behind: A Reporter's Journey into the Lives of Others is available for purchase at Paragraphe Books.