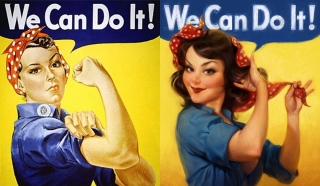 Visiting professor at the Institute of Gender, Sexuality and Feminists Studies (IGSF) at the McGill University, PhD in Communication from Universidade Nova de Lisboa, Portugal. Publicist, professor and researcher at the Department of Communication at Universidade Federal de Pernambuco and in the Postgraduate Program in Human Rights at UFPE (PPGDH). Researcher in topics related to gender, consumption, feminisms, advertising, media and sports studies. Coordinator of the research group CNPQ OBMIDIA UFPE – Media Observatory: Gender, Democracy and Human rights. Her recent publications include the books “Elas em campo: o ethos da torcedora pernambucana” (Fontenele, 2019) and “Masculinidades em (re)construção: gênero, corpo e publicidade” (LabCom, 2016), and papers such as "Marta in News to (in) visibility of women's soccer in Brazil" (Fulia, 2017) and "A hegemonic masculinity: ethos and consumption in the Universal Church of the Kingdom of God, Brazil" (Brill, 2017). Feminist and human rights activist.

Gender, Advertising and Commoditization of Feminisms in Brazil
The feminist discourses have been used and reinterpreted in the mass media according to the logic of market relations. If the legitimacy of feminist discourse was once questioned, agencies and advertisers now attempt to channel the main aspects and values of the feminist discourse that may be attached to brands and products. This current research aims to develop a critical review about the theoretical and market trends that dialogue with contemporary discussions about the representation of women in the process of commoditization of feminism. We aim to analyze the effects of the transformation of feminism into merchandise in what is being called Femvertising (SKYE, 2015) and / or commodity feminism (GOLDMAN, 1992). Goldman (1992) and Skye (2015) argue that this is a way to appease the discontent of women with images of thin, young and hypersexualized bodies. The research also aims to understand how this debate may and may not promote affirmative gender policies incorporated by society. While terms as “women empowerment”, “girl power” and “feminisms” have gained social and academic prominence within movements fighting for equal rights for women and LGBTQ+ communities, as well as gender studies, so have media and brand strategies, in which consumers are invited to defend values and principles along with a brand, adding value to the brand “DNA”.

Jhessica Reia is a Mellon Fellow in the Department of Art History & Communication Studies at McGill University, working on a research project about the present-day conflicts over nightlife and cultural policy in three cities in the Americas: Montreal, Mexico City, and Rio de Janeiro. They hold a Ph.D. and an MA in Communication Studies from the Federal University of Rio de Janeiro, and a BA in Public Policy from the University of Sao Paulo. Before coming to McGill, Reia was a Project Manager and Lecturer at the Center for Technology and Society at FGV Law School from 2011 to 2019. There, Reia worked with research and advocacy at the intersection of Law, Media & Communication and Science and Technology Studies. Reia is a former Visiting Researcher at the McGill Institute for the Study of Canada, and have been working as an access to knowledge and free culture activist since 2008. Their work appears in Shadow Libraries: Access to Knowledge in Global Higher Education (The MIT Press), Mapping Digital Media Brazil (OSF/FGV), and Nocturnes: Popular Music and the Night (Palgrave Macmillan).

The Gendered Politics of the Right to the City
The literature and advocacy around the notion of a "right to the city" have been advancing for more than five decades. The principle has been integrated into laws, such as The City Statute in Brazil, in 2001, and The New Urban Agenda signed in Quito in 2016. However, the implementation of policies that enable the right to the city faces several challenges, ranging from the lack of social participation in policymaking to inequalities in daily access to urban spaces. This talk aims to initiate a discussion of gendered power relations in Brazilian cities, and whether cultural production and policymaking can be used to discuss the right to the city from a gender perspective. Drawing on three ethnographic research projects developed over the last seven years, this discussion is an attempt to build a narrative integrating several questions that emerged along the way. It will briefly address the regulation of street performance/public spaces, the multifaceted conflicts over inhabiting the urban night, and the technopolitical agenda surrounding the smart city. Hopefully, this reflection can offer an opportunity to debate our shared urban future from an interdisciplinary, Global South perspective.