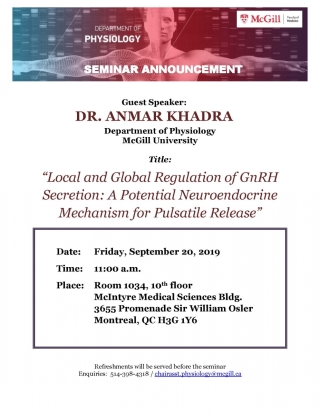 Pulsatile release of gonadotropin-releasing hormone (GnRH) from hypothalamic GnRH neurons is essential for reproductive health. Using different GnRH ”cell-lines”, previous studies have shown that these neurons (i) exhibit two modes of burst firing in their membrane potential in the time scale of seconds; (ii) they exhibit cytosolic calcium oscillations in the time scale of minutes; (iii) a subset of them express the GnRH receptor, a G-protein coupled receptor (GPCR), that allows for autocrine regulation; (iv) they respond to GnRH stimulation in a dose-dependent manner; and (v) they respond to stimulation to kisspeptin through a GPCR called GPR54. We recently developed a mathematical model of a single GnRH neuron that integrates all these components, occurring at different time scales, to explore how they interact collectively and produce pulsatile release in the time scale of hours. The model revealed that electrical activity, autocrine feedback and kisspeptin stimulation must act in synergy to produce such pulsatility. It also showed that kisspeptin acts as a global signal while autocrine feedback acts as a local signal to drive GnRH release, with approximately 7-1 locking between them, and that electrical activity controls baseline release as well as rare release events. Using pulse triggered average, we showed that this electrical activity was significantly reduced during a GnRH pulse, an unexpected outcome. In this talk, we will give an overview of these results and their implications. 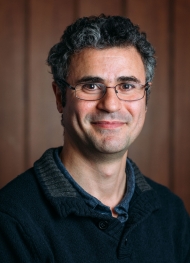