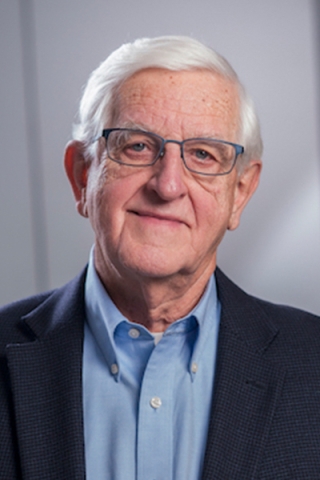 This year marks the 200th anniversary of the establishment of both the Montreal General Hospital and McGill University. On this occasion, we are delighted to invite you to a special Bicentennial Holmes Lecture hosted by Dr. David Eidelman, Vice-Principal (Health Affairs) and Dean of McGill University's Faculty of Medicine and Health Sciences, Dr. Pierre Gfeller, President and Executive Director of the McGill University Health Centre (MUHC), and Jean-Guy Gourdeau, President & CEO of the Montreal General Hospital Foundation.

Delivering the lecture is the distinguished Dr. Joseph B. Martin, MD, PhD, Edward R. and Anne G. Lefler Professor of Neurobiology, Emeritus, and Dean of Harvard Medical School from 1997-2007, who will present a historical narrative of the opening, in the same year (1821-22), of two great hospitals, the Montreal General and the Massachusetts General: McGill and Harvard: How the opening of two “public” hospitals became anchors for two great medical schools.

About Dr. Joseph B. Martin

Dr. Martin’s life journey has taken him from humble beginnings as a Mennonite farm boy to the highest levels of academic and medical leadership. He held positions of leadership at McGill University, the Massachusetts General Hospital, the University of California, San Francisco, and Harvard University, where he established several research centres dedicated to the study of the brain, such as the Massachusetts Alzheimer’s Disease Research Center and the Harvard Center for Neurodegeneration and Repair.

Throughout his brilliant career, Dr. Martin has led and witnessed many of the discoveries and events central to the turbulent transformation of medicine that began in the second half of the twentieth century. (Complete biography here.)

Register for the Event