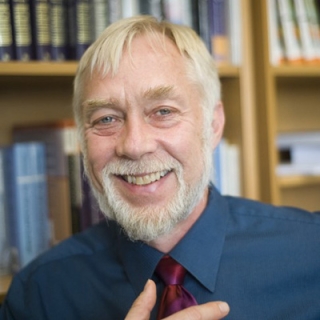 Linking Brain to Society for Adaptive Real-World Behavior: The Self, Consciousness, and the Limits on Free Will

Roy F. Baumeister is a psychology professor at the University of Queensland. He received his Ph.D. in social psychology from Princeton in 1978 and did a postdoctoral fellowship in sociology at the University of California at Berkeley. He worked for years at Case Western Reserve University and Florida State University. Baumeister’s research spans multiple topics, including self and identity, self-regulation, interpersonal rejection and the need to belong, sexuality and gender, aggression, self-esteem, meaning, and self-presentation. He has received research grants from the National Institutes of Health and from the Templeton Foundation. He has nearly 700 publications, and his 42 books include Evil: Inside Human Violence and Cruelty, The Cultural Animal, Meanings of Life, and the New York Times bestseller Willpower: Rediscovering the Greatest Human Strength. Other scientists have referred in their publications to his work over 200,00 times, making him among the handful of most cited (most influential) psychologists in the world. He has received several major awards, including the William James Fellow award (their highest honor) from the Association for Psychological Science, and the Jack Block Award from the Society for Personality and Social Psychology.

The anchor presentation will begin by framing the brain-to-society challenge for adaptive real-world behavior (the theme of this webinar series) in terms of the “cultural animal” perspective: The distinctively human traits arise from adaptations to make culture possible. The human brain is thus designed to learn and use cultural systems. The human self, unique in nature, exists at the interface between the animal body and society, and it emerges as the brain learns to perform culturally defined roles in the social system. The advanced form of consciousness (also unique) made possible by the human brain is another of these adaptations. A massive amount of evidence resolves the ongoing debate about whether conscious thoughts cause behavior: Yes they do, beyond doubt, though there are some important qualifications, and conscious thinking itself always rests on unconscious processing. Instead of viewing conscious and unconscious as separate, competing systems, it is more appropriate to examine how they work together, because almost all human behavior derives from a combination of conscious and unconscious processes. So-called free will includes self-control , rational decision-making, planning, and initiative, all of which consume some of the body’s limited energy resources.

Co-chaired by Prof. Laurette Dubé (MCCHE) and Dr. Shawn Brown (PSC), the high-level panel of academic and action leaders that will follow will advance research and action to support adaptive real world behavior and context in digital, physical and human collaborative in development in the bio/health/health system and bio/agriculture/food domains through a modular portfolio of projects anchored in open science and innovation, with interfaces with public and private value creation systems.