Perceptual learning (PL) is defined as long-term performance improvement on a perceptual task as a result of perceptual experience (Sasaki, Nanez& Watanabe, 2011, Nat Rev Neurosci, 2011). We first found that PL occurs for task-irrelevant and subthreshold features and that pairing task-irrelevant features with rewards is the key to form task-irrelevant PL (TIPL) (Watanabe, Nanez & Sasaki, Nature, 2001; Watanabe et al, 2002, Nature Neuroscience; Seitz & Watanabe, Nature, 2003; Seitz, Kim & Watanabe, 2009, Neuron; Shibata et al, 2011, Science). These results suggest that PL occurs as a result of interactions between reinforcement and bottom-up stimulus signals (Seitz & Watanabe, 2005, TICS). On the other hand, fMRI study results indicate that lateral prefrontal cortex fails to detect and thus to suppress subthreshold task-irrelevant signals. This leads to the paradoxical effect that a signal that is below, but close to, one’s discrimination threshold ends up being stronger than suprathreshold signals (Tsushima, Sasaki & Watanabe, 2006, Science). We confirmed this mechanism with the following results: Task-irrelevant learning occurs only when a presented feature is under and close to the threshold with younger individuals (Tsushima et al, 2009, Current Biol), whereas with older individuals who tend to have less inhibitory control task-irrelevant learning occurs with a feature whose signal is much greater than the threshold (Chang et al, 2014, Current Biol). From all of these results, we conclude that attention and reward play important but different roles in PL. I will further discuss different stages and phases in mechanisms of PL (Seitz et al, 2005, PNAS; Yotsumoto, Watanabe & Sasaki, Neuron, 2008; Yotsumoto et al, Curr Biol, 2009; Watanabe & Sasaki, 2015, Ann Rev Psychol; Shibata et al, 2017, Nat Neurosci; Tamaki et al, 2020, Nat Neurosci).

The event will be livestreamed via VIMEO. 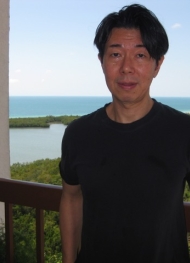 In 1989 , Takeo Watanabe was awarded a PhD from the University of Tokyo, Japan. From 1989 to 1992, he was a Research Associate at Harvard University, USA working with Professor Patrick Cavanagh. In 1992 he moved to Boston University, USA as an Assistant Professor. There he was promoted to Associate and then to Full Professor. In 2012 he moved to Brown University, USA as Full Professor. In 2014 he was promoted to the Fred A Seed Chair at Brown University. Since 2012, Dr. Watanabe has also been appointed as Director of the Neurofeedback lab in the ATR brain research labs and in 2017 he was appointed as an Invited Professor at the University of Paris. He has led the research field of perceptual learning. Among the 160 papers that he has published, 42 papers have been published in high-impact journals including three papers in Nature, two papers in Science, and three papers in Nature Neuroscience. In 2018 he was awarded the "International Special" award which is the highest award by the Japanese Psychological Association.
Related Links:
Registration
Last updated: 09/14/2020 - 09:41
Back to top
McGill University
Copyright © 2021 McGill University
Accessibility Log in