Abstract: What makes Mike Davis--the author of such coruscating works as City of Quartz and Late Victorian Holocausts--one of the greatest writers of our time? Although there’s widespread acknowledgement of the incomparable range and radicality of Davis, whose oeuvre encompasses urbanization, political ecology and class struggle, the extraordinary scholarly achievement of this former meat cutter, truck driver, Getty Scholar and MacArthur Fellow as a historian, journalist and editor of New Left Review remains to be adequately assessed. I therefore argue that Davis’s writings, of inherent interest to geographers, planners and activists, are distinguished by his Marxist theoretical sensibility and art of storytelling. 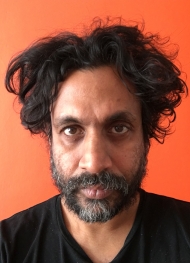 I was introduced to questions concerning space, Marxism and imperialism in Sri Lanka, where I was trained in architecture at the University of Moratuwa and worked as an architect at the Urban Development Authority. After a Masters degree in Urban and Regional Planning from the University of Southern California, Los Angeles, I specialized in 'critical theory' during my doctoral studies at Cornell University, Ithaca--with special attention to Walter Benjamin, Georg Lukács, Louis Althusser, Antonio Gramsci and Fredric Jameson. Since joining the University of Toronto in 1999, I have continued to draw from these and related thinkers—including anti-colonial Marxist writers such as Aime Césaire, Frantz Fanon and C. L. R. James--to study the relations of between space and ideology, the politics of planning, and the triad of nationalism, imperialism and colonialism in relation to the contradictions of capitalism. I have also written on the French Marxist philosopher Henri Lefebvre, especially his conceptions of everyday life, space and state; my current projects deal with the historical geography of the concept of imperialism, the history of left politics in Sri Lanka and Marxist thought. My teaching traverses most of these issues, especially attempts to escape the rule of capital, in such courses as GGR363 Critical Geographies, GGR460 Global Cities, Urban Planning, Critical Theory, PLA1652 Introductory Studio in Urban Design and Planning, JPG1503 Space, Time, Revolution, and JPG2150 Production of Space. I enjoy working with students who are intellectually curious about radical politics.
Last updated: 09/02/2022 - 15:43
Back to top
McGill University
Copyright © 2023 McGill University
Accessibility Log in