Throughout his career, Tony Kadleck has been praised as a highly effective sideman, who has lent his hand to numerous musical activities. He is currently one of the most sought-after trumpet players in the New York area.

While attending the New England Conservatory and the Manhattan School of Music, Kadleck studied both classical and jazz music, a task that would later benefit him as he went on to perform and record with the Boston Pops Orchestra. In 1986, Tony was asked to join the trumpet section of the Buddy Rich Band, and later that year, decided to move to New York.

After graduating from the Manhattan School of Music in 1989, Kadleck did some touring with Frank Sinatra, Barbra Streisand and Blood, Sweat & Tears. Eventually, the New York recording studios kept Tony too busy to leave town, and he found himself recording with a number of artists, including Luther Vandross, Michael Jackson, Elton John and Celine Dion. Kadleck also spends plenty of time playing a wide variety of live concerts, having performed with Stevie Wonder, Count Basie Orchestra, Ella Fitzgerald, Steely Dan and Tony Bennett.

In addition to playing on countless jingles and for many films and shows, Kadleck has also done a great deal of composing and arranging. Since he was 15 years old, Tony has always loved writing music. His CD Around The Horn features ten of his arrangements for big band, about which Tony says, "There is nothing more gratifying than hearing spectacular musicians making these charts come to life." Kadleck has drawn upon many musical experiences to form his own voice, which can be heard in both his playing and in his writing throughout this release.

Tony is currently a member of many organizations including the Maria Schneider Jazz Orchestra, the New York Pops, John Fedchock's NY Big Band, the Westchester Jazz Orchestra and John Pizzarelli's "Swing Seven". He is a faculty member at the Manhattan School of Music and at Montclair State University. 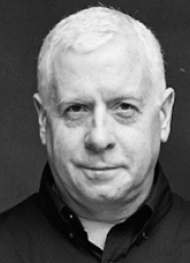