Interact@CIRMMT and the Royal College of Music: Performing Music Research 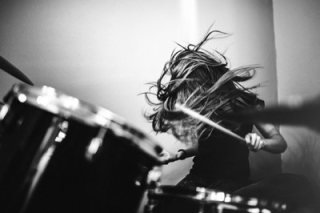 To mark the launch of their new book, Performing Music Research (March 11, 2021, Oxford University Press), Williamon and colleagues will discuss the motivations and methods underlying research in music education, psychology and performance science. The discussion will explore some of the latest approaches in understanding music performance, as well as common pitfalls in planning, conducting, analyzing and communicating music research.

Jane Ginsborg
Professor Jane Ginsborg has held the position of Associate Director of Research since 2009 and fulfils the roles of Programme Leader for Research Degrees and Director of the Centre for Music Performance Research (formerly the Research Centre for the Vocational Training of Musicians) where she was appointed Research Fellow in 2005. Between 2012 and 2015 she served as President of the European Society for the Cognitive Sciences of Music (ESCOM).

Rosie Perkins
Rosie Perkins is Reader in Performance Science at the Royal College of Music. Rosie’s research focuses on music and mental health as well as performers’ career development, and she is programme leader for the RCM’s ground-breaking MSc in Performance Science. Her work has been supported by the Arts and Humanities Research Council (AHRC), the Esmée Fairbairn Foundation, Arts Council England, and UK Research and Innovation (UKRI), and has featured in a wide range of international journals and press.

George Waddell
George Waddell is a Research Associate in Performance Science at the Royal College of Music. He is also a Sessional Lecturer and honorary Research Associate in the Faculty of Medicine at Imperial College London. His research focusses on the evaluation of performance, including decision-making among judges and audiences and the development of evaluative skills, as well as how technology can be used to enhance how performance is assessed and learned.

The Interact@CIRMMT Series features informal presentations by our members on various useful topics. These presentations are streamed on multiple platforms and aim to promote interaction among our community while providing our fellow researchers with tools and resources so they can continue their work.