"Getting close to curbing the HCV pandemic": A Lecture by Nobel Prize Laureate Michael Houghton 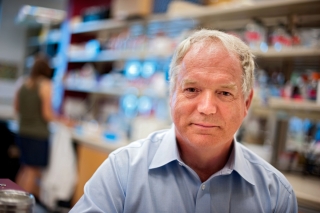 Research and Innovation invites you to an exclusive opportunity to watch a Nobel Prize Laureate speak from an otherwise private summit.

One of the world's top scientists, Dr. Houghton was awarded the 2020 Nobel Prize in Physiology or Medicine in recognition of his discovery of the hepatitis C (HCV) virus. The discovery he made along with two of his colleagues in 1989 opened a new field of viral hepatitis research that led to improved blood safety and groundbreaking HCV treatment. HCV is now the first chronic viral illness that can be cured in virtually all patients.

*No registration required. The link to the YouTube stream will be posted to this page on June 9.*

Dr. Houghton is an international leader in viral hepatitis. In 1989, his USA laboratory and collaborators identified the hepatitis C virus (HCV). He then developed blood tests that have since prevented millions of infections from tainted blood donations around the world. He also has over 40 years of experience in major pharmaceutical companies (Searle, Chiron, Novartis). His work at Chiron Corporation was largely responsible for its growth into the third largest USA biotech firm in the 1990s, ultimately being acquired by Novartis in 2005.

Along with Dr. Lorne Tyrrell and a team of experts, Dr. Houghton is developing a vaccine against hepatitis C (HCV) through the optimization of both the production of cross-neutralizing antibodies and cross-reactive immune responses to the different HCV genotypes found among the human population worldwide.

Dr. Houghton has authored more than 300 research publications and over 70 patents. He has received numerous international prizes for his scientific contributions, including the Robert Koch Medal (1993), the Clinical Lasker Award (2000), and the Canadian CLF-CASL gold medal (2012). His passion is the application of biomedical research to prevent disease.