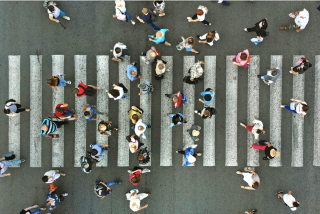 In the late 1990s, the US Marine General Charles Krulak came up with the concept of the “Three Block War” to illustrate the complex spectrum of challenges likely to be faced by soldiers on the modern battlefield. The idea was that the future of warfighting would be in urban environments in failing states, where soldiers might be doing humanitarian assistance in one block, peacekeeping in another, and actual combat in another.

With the “Freedom Convoy” of truckers, followed quickly by the Russian invasion of Ukraine in late February 2022, we are witnessing the rise of what we can call the “n-block war,” a multi-dimensional combat environment that sees the collapse of the traditional distinctions between  soldier and civilian, state and nonstate actors, information operations and news reporting, mercenaries and insurgents, all of it thrown into, and mediated by, the constantly shifting and evolving real-time information environment.

This panel will look at the future of national security in the world of the n-block war, addressing questions such as: How should we prepare? What should we prioritize? With whom should we ally?

The Max Bell School is hosting this event in collaboration with the Institute for Research on Public Policy. Andrew Potter, a professor at the School, will be moderating. The format of the panel will be a hybrid, with free tickets available for those who want to attend in person at the Max Bell School and those who would like to watch the event via Zoom.

Learn more about this event and find out how to register.