Abstract: Despite intense interests and research over the past 2-3 decades, the neural mechanisms of conscious visual perception remain a mystery. In this talk, I will give an overview of our recent work tackling this fundamental question. Using a combination of high temporal resolution (e.g., MEG) and high spatial resolution (e.g., 7T fMRI) techniques to record from the human brain, and employing multiple perceptual paradigms, we have found that: 1) Conscious perception likely requires the coordination of large-scale brain dynamics across multiple brain networks. 2) The preexisting brain state, embodied in the connectivity patterns reflecting past experiences and the moment-to-moment spontaneous activity fluctuations, strongly shapes conscious perception.

Bio: Biyu Jade He received her Ph.D. in Neuroscience from Washington University in St. Louis. Prior to joining NYU, she led her own independent research group in the intramural research program of the NIH/NINDS, with an intramural equivalent of the NIH Director’s Early Independence Award. Her laboratory uses a combination of invasive and non-invasive multimodal human brain imaging, brain stimulation, and computational approaches to investigate the neural mechanisms of perceptual processing in the human brain. She has also made original contributions to understanding the organization, mechanisms and functional roles of spontaneous brain activity and aperiodic brain activity. She has received a Society for Neuroscience Trubatch Career Development Award, an NSF CAREER Award, a Klingenstein-Simons Fellowship Award, and an Irma Hirschl Career Scientist Award among other awards. 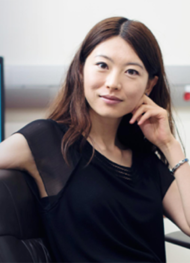 Related Links:
Registration
All recordings in the Feindel Virtual Brain and Mind Seminar at The Neuro
Last updated: 04/08/2021 - 11:24
Back to top
McGill University
Copyright © 2022 McGill University
Accessibility Log in