Abstract: Neural circuit dynamics and cognitive functions depend on synaptic interactions mediated by receptors. However, comprehensive maps of receptor expression in the cortex are lacking. Additionally, most large-scale models of the cortex focus on resting-state functional connectivity, but little is known about the multi-regional circuit mechanisms that give rise to cognitive function. We used in-vitro receptor autoradiography to measure the density of 14 neurotransmitter receptor types in 109 areas of the macaque cortex and built a novel connectome-based dynamical model of the cortex. We uncovered a principal gradient of receptor expression per neuron that increased along the cortical hierarchy and a second gradient that separated higher cognitive networks. We show in our dynamical model how reward-predicting stimuli engage D1 receptors in a graded manner along the cortex. This can switch working memory storage from an activity-silent synaptic mechanism to distributed persistent activity, which is more robust against distraction. Furthermore, we show that, counterintuitively, a decrease in the NMDA/AMPA receptor ratio along the cortical hierarchy enables the rapid ignition of distributed neural activity that, in experiments, occurs when individuals become consciously aware of a stimulus. Taken together, our work represents a cross-level understanding that links molecules, cell types, recurrent circuit dynamics and core cognitive functions distributed across the cortex.

Bio: During his PhD and early postdoc, Seán investigated the neuromodulators and networks underlying memory in human and non-human primates using a variety of experimental techniques. He is now a postdoc in Xiao-Jing Wang's lab at New York University. He integrates multiple forms of anatomical and functional data to build connectome-based dynamical models of the brain. This work aims to understand how subtle differences in neuroanatomical properties lead to different brain networks producing distinct functions, and to shed light on how multiple cognitive functions interact in the brain. 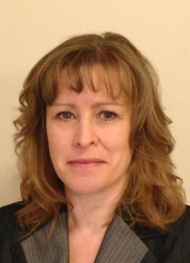