Abstract: The view of human brain function has drastically shifted over the last decade, owing to the observation that the majority of brain activity is intrinsic rather than driven by external stimuli or cognitive demands. Specifically, all brain regions continuously communicate in spatiotemporally organized patterns that constitute the functional connectome, with consequences for cognition and behavior. In this talk, I will argue that another shift is underway, driven by new insights from synergistic interrogation of the functional connectome using different acquisition methods. The human functional connectome is typically investigated with functional magnetic resonance imaging (fMRI) that relies on the indirect hemodynamic signal, thereby emphasizing very slow connectivity across brain regions. Conversely, more recent methodological advances demonstrate that fast connectivity within the whole-brain connectome can be studied with real-time methods such as electroencephalography (EEG).

Our findings show that combining fMRI with scalp or intracranial EEG in humans, especially when recorded concurrently, paints a rich picture of neural communication across the connectome. Specifically, the connectome comprises both fast, oscillation-based connectivity observable with EEG, as well as extremely slow processes best captured by fMRI. While the fast and slow processes share an important degree of spatial organization, these processes unfold in a temporally independent manner. Our observations suggest that fMRI and EEG may be envisaged as capturing distinct aspects of functional connectivity, rather than intermodal measurements of the same phenomenon. Infraslow fluctuation-based and rapid oscillation-based connectivity of various frequency bands constitute multiple dynamic trajectories through a shared state space of discrete connectome configurations. The multitude of flexible trajectories may concurrently enable functional connectivity across multiple independent sets of distributed brain regions.

Bio: Sepideh Sadaghiani is Assistant Professor of Psychology and by courtesy of Bioengineering, and faculty of the Neuroscience Graduate Program at the University of Illinois, Urbana-Champaign. She directs the CONNECTlab at the Beckman Institute for Advanced Science and Technology where she is full-time faculty. Sadaghiani received a Ph.D. in Neural and Behavioral Sciences from the Max Planck Graduate School and postdoctoral training at Berkeley and Stanford. She investigates the role of neural connectivity and spontaneous brain activity in cognitive control and behavior through a multi-modal lens. Sadaghiani serves as handling editor at NeuroImage. She has been recognized as Lincoln Excellence for Assistant Professors (LEAP) Scholar of the College of Liberal Arts and Sciences, and her work has been funded by the National Institutes of Mental Health (NIMH) and of Neurological Disorders and Stroke (NINDS). 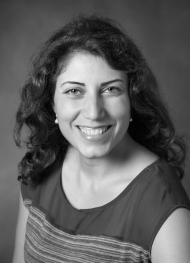 Related Links:
Registration
All recordings in the Feindel Virtual Brian and Mind Seminar at The Neuro
Last updated: 04/06/2022 - 13:43
Back to top
McGill University
Copyright © 2022 McGill University
Accessibility Log in