Abstract: Epilepsy is a common, chronic, and disabling neurological disorder that is frequently accompanied by cognitive impairment. A growing body of literature is shedding light on the underlying neural processes, but detailed knowledge of network reorganization across the epilepsy spectrum remains sparse. In this talk, I will present findings of MRI studies we conducted to investigate the neural correlates of cognitive impairment in epilepsy, and to capture commonalities and differences between epilepsy types. First, I will discuss work focusing on the heritability of cognitive reorganization patterns in idiopathic generalized epilepsy. Second, I will present work that characterized the disorganization of language and working memory systems in frontal and temporal lobe epilepsy using a combination of regional, network and functional-gradient based analyses. I will then discuss dynamic functional connectivity work that identifies shared and unique network signatures in the aforementioned epilepsy types, and briefly outline an attempt towards clinical translation of multi-scale functional imaging findings.

Bio:  Dr. Lorenzo Caciagli, MD, PhD, is a postdoctoral researcher at the Department of Bioengineering, University of Pennsylvania (Penn), Philadelphia, and Honorary Clinical Fellow, UCL Queen Square Institute of Neurology, London, UK. He received an MD summa cum laude from the University of Pisa and Sant'Anna School of Advanced Studies, and a PhD in Clinical Neuroscience at UCL in 2019, which he combined with clinical activities as a neurology resident. He has expertise in neuropsychology, structural and functional MRI, is faculty on British and International Epilepsy Neuroimaging Courses, and has been serving as member of the ILAE Neuroimaging Task Force since 2020. 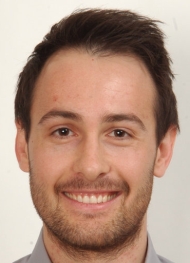