Markus Utz has made a name for himself as a versatile conductor, organist and teacher. He has been the head choral conducting professor at the Zurich University of the Arts since 2007 and the titular organist at the Konstanz Cathedral since 2001. In 2018 he was invited to Yale University as a Visiting Professor in the School of Music.

As the artistic director of ensemble cantissimo, a group which he founded in 1994, Utz has become known for discovering and rediscovering rarely performed repertoire and for the ensemble’s CD recordings, which have been highly praised.

As an organist, Utz has earned numerous prizes at various competitions. In the year 2000 he received a stipend from the Scandinavian Bach Academy (Sir Andrew Parrott) and in October of 2003, Utz was the only German finalist at the first Eric Ericson Award in Stockholm. As a part of the Heiligkreuz Concerts in Kempten, Germany the young conductor developed a broad repertoire — from the Renaissance into the twenty-first century.

Utz studied church music, organ and conducting at the University of Music Detmold. As a DAAD stipend recipient, he traveled again to Sweden and was a part of the renowned conducting diploma class of Professor Anders Eby at the Royal College of Music, Stockholm. He was also a student of Professor Eric Ericson. These experiences vastly influenced Utz’s music-making. After college Utz was awarded teaching positions for conducting at the University of Uppsala, Sweden (under the direction of Stefan Parkman) and at the Freiburg University of Music in Germany.

With his characteristically sensitive interpretations and his pursuit of an extraordinary choral sound, Markus Utz is one of the most prominent choral conductors in Europe today. As a juror, course instructor and guest conductor of prestigious choirs he travels to the United States, Canada, Asia, Sweden, Italy, France, Bulgaria, the Czech Republic, Germany and Israel. 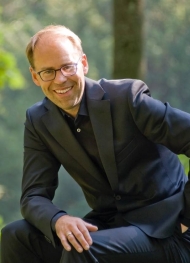