Cathrie Yuen | Musicking Together and Apart

Cathrie Yuen is the Associate Conductor of the Trinity Western University choral program, the Assistant Conductor of the Vancouver Bach Choir and the Artistic Director of the MGV Lyra men’s choir. As an emerging artist in Vancouver, she was selected as a Conducting Fellow for the Vancouver Chamber Choir’s Conducting Symposium and was also one of the twelve finalists to take part in the 2019 World Choral Conducting Competition in Hong Kong.

Cathrie is a graduate of Trinity Western University and also holds a master’s degree in Choral Conducting from the University of British Columbia. She has prepared major choral works such as Elgar’s The Dream of Gerontius, Bach’s St. John Passion and Orff’s Carmina Burana for renowned conductors, including Maestro Bramwell Tovey, Dr. Graeme Langager, and Maestro Leslie Dala.

As both an artist and educator, Cathrie deeply believes in the importance of music education. Therefore, she developed a workshop program and hosted the first annual Inspiro Choral Festival in early 2020 for high school students in the Greater Vancouver area. To further expand her passion towards choral music, Cathrie created the Chorum Podcast, where she connects with other active members of the choral community around the world and engages in relevant topic-focussed discussions as a forum. Shortly after, she co-founded the Inspiro choral consortium with Dr. Joel Tranquilla, a platform that comprises of a choral festival, a professional-level choir, and a choral education resources website that connects choral enthusiasts both nearby and abroad.

Born and raised in Hong Kong, Cathrie began her music education at a young age as a percussionist and singer. She remains active in Hong Kong, touring frequently to Asia with various choirs and giving workshops in the region. 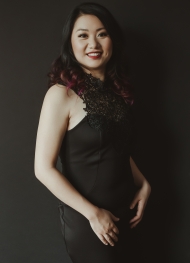