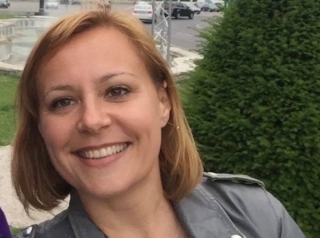 One of the grand challenges facing humanity today is access to sustainable materials and chemicals which are at the heart of sustainable technologies. The production of materials, chemicals and fuels from abundant and renewable resources will eliminate our dependence on petroleum/critical metal based supplies and will provide access to a new economy based on available reserves.

Carbon is the most versatile element known. It combines with other (carbon) atoms giving rise to new carbon materials with astonishing properties. The versatility and potential of carbon has attracted top recognition in the last decade for the work in fullerenes (1996 Nobel Prize in Chemistry), CNTs (2008 Kavli Prize in Nanoscience) and grapheme (2010 Nobel Prize in Physics). However, the mystery and wonder of carbon offers more to discover.

While carbon is widespread on Earth, it has been mainly synthesised from fossil fuel based precursors with sophisticated and energy consuming methodologies that generate toxic gases and chemicals. The preparation of carbon materials from renewable resources is a key research challenge in terms of sustainability, climate change and economics. Since the beginning Nature created carbon from biomass.

We have demonstrated that it is possible to mimicking the natural process of carbon formation and prepare carbon nanomaterials from biomass using mild hydrothermal processes. Along with amorphous carbon materials (denoted HTC), this procedure also enables biomass transformation into useful chemicals such as 5-hydroxymethylfurfural (5-HMF) or levulinic acid (LA). Recently, we have discovered a third product of Hydrothermal Carbonisation - a crystalline form of carbon - arising at the interface between the amorphous HTC microspheres and the aqueous phase containing the biomass-derived chemicals.

In this talk I will present some of the fundamentals governing the production of carbon nanomaterials and chemicals. We will also discuss the application of HTC materials in electrocatalytic reactions such as Oxygen Reduction Reaction and Oxygen Evolution Reaction.
Finally, some of the photo-physics governing the optoelectronic properties of the new family of fluorescent hydrothermal carbon nanocrystals and their applications as sensitizers in solar cells will be presented.

Magda Titirici graduated from University of Bucharest in 2000 with a BSc (Diploma) in Chemistry. She obtained her PhD at the University of Dortmund, Germany in 2005. Between 2006–2012 she led the group ‘‘Sustainable Carbon Materials’’ at the Max Planck Institute of Colloids and Interfaces, Potsdam, Germany where she also did her ‘‘Habilitation. In 2013 Magda became an Associate Professor in Materials Science at Queen Mary University of London. She was promoted to a full Professorship in Sustainable Materials Chemistry in 2014. In 2015 she become the Director of Research for the Centre for Functional Nanomaterials and since 2016 she is the Chair Professor of the Materials Division within the School of Engineering and Materials Science at Queen Mary University of London. Magda is the author of around highly cited 130 publications in the field of sustainable materials for various renewable energy, several book chapters and one edited book. She is in the editorial board of ChemSusChem (Wiley) and ChemPlusChem (Wiley) and an associate editor for J. Mater. Chem. A (RSC). Magda has been awarded the Rosenhain Medal and Price from the Institute of Materials and Mines in London in recognition of distinguished achievements in materials science under the age of 40 in 2016, she is the USERN laureate in physical sciences 2017 as well as the recipient of an honoray PhD from University of Stockholm in 2017 and the Chinese Academy of Science President’s Fellowship in 2018.
Related Links:
CCVC
Last updated: 03/05/2018 - 10:15
top of page
McGill University
Copyright © 2020 McGill University
Sign in (site maintenance)