John Romero is the Principal Trombonist of the Metropolitan Opera Orchestra, beginning in 2018, and is an S.E. Shires Performing Artist. He previously held the same position in the Fort Worth Symphony Orchestra. A local of Longview, Texas, he has a Bachelor’s Degree in Music Performance from Baylor University studying with Brent Phillips and a Master of Music degree from Rice University studying under Allen Barnhill.

As a student, Romero had a "the more the merrier" mindset to competitions and auditions, competing in seven solo competitions during his undergrad and winning five of them: the 2012 International Trombone Festival Larry Wiehe competition, the 2013 ITF Robert Marsteller comp., the 2013 Eastern Trombone Workshop (now American Trombone Workshop) Division II comp., the 2013 Big XII Trombone Conference solo comp., and the 2014 Baylor University Concerto comp., later getting to perform the Bourgeois "Concerto for Trombone" with the Baylor Symphony Orchestra. Romero was also active in the chamber music competitive scene, winning the 2013 Fort Worth Trombone Summit Quartet comp. and the 2014 ETW quartet comp. with the BearBones Trombone Quartet, going on to play a live recital at ETW in Washington D.C. for a national audience. At the end of his undergraduate degree, he was invited to solo with the Blast of Brass ensemble on the "Carnival of Venice" by J.B. Arban, a notoriously difficult trumpet solo that demands even more technical precision on the trombone. 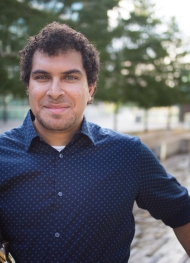