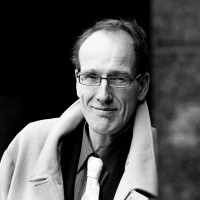 Georg Northoff, MD, PhD, FRCP is a philosopher, neuroscientist and psychiatrist, holding degrees in all three disciplines. Being originally from Germany, he is now working in Ottawa/Canada where he holds a Canada Research Chair for Mind, Brain Imaging, and Neuroethics. His research focuses on the relationship between brain and mind in its various facets including neuroscience, psychiatry, and philosophy. He is interested in discov-ering the neuronal mechanisms related to consciousness and self in both healthy subjects and psychiatric disorders like depression and schizophrenia. “The question driving him is: why and how can our brain construct subjective phenomena like self, consciousness, emotions.” He is one of the leading figures in linking philosophy and neuroscience as well as the founder of non-reductive neurophilosophy. He authored more than 270 journal articles and 15 books which are translated into several languages including “Neuro-philosophy and the Healthy Mind” 2016 Norton Publishing, New York. All papers etc, can be found on the website. See recent Podcast for broader audience.

The self guides our decision making while, at the same time, providing temporal continuity over time. How can such seemingly contradictory features of temporal flexibility and stability be reconciled in the self? My talk includes three parts. First, I demonstrate recent data on how the temporo-spatial dynamics of the brain’s spontaneous activity (or resting state) shapes the self providing temporal continuity and stability. This implies an explicitly temporo-spatial (rather than primarily cognitive) model of self – a basis model of self-specificity (BMSS) (Northoff 2016). Secondly, I show how the internal self flexibly modulates our decision making in con-junction or balance with the external environment. This implies a relational and explicitly neuro-ecological (rather than primarily neuronal or neuro-cognitive) characterization of the basis model of self-specificity (BMSS). Thirdly, I demonstrate the implications of such temporo-spatial and neuro-ecological basis model of self for (i) our view of mind-brain relation that may be rephrased as world-brain relation, that (ii), like the self, requires an explicitly non-reductive (rather than reductive) neuro-philosophical approach.

Panel Discussion: A panel will follow the presentation to advance precision convergence science on the many dimensions taken by the self and on the multiscale body, brain and society mechanisms underlying how the self operates in guiding immediate and long term decision making and behavior over a person’s life course. Discussion will address how such knowledge can inform better targeted and more impactful innovation/intervention for life-long wellness and resilience, be these deployed in digital or physical contexts. The moderator is Prof. Laurette Dubé, Chair and Scientific Director, McGill Centre for the Convergence of Health and Economic (MCCHE).