Why we buy music 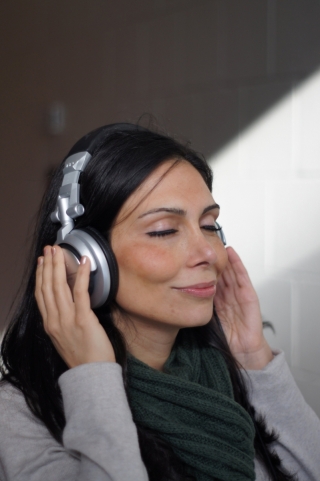 A new study reveals what happens in our brain when we decide to purchase a piece of music when we hear it for the first time. The study, conducted at the Montreal Neurological Institute and Hospital – The Neuro, McGill University and published in the journal Science on April 12, pinpoints the specific brain activity that makes new music rewarding and predicts the decision to purchase music.

Participants in the study listened to 60 previously unheard music excerpts while undergoing functional resonance imaging (fMRI) scanning, providing bids of how much they were willing to spend for each item in an auction paradigm. “When people listen to a piece of music they have never heard before, activity in one brain region can reliably and consistently predict whether they will like or buy it, this is the nucleus accumbens which is involved in forming expectations that may be rewarding,” says lead investigator Dr. Valorie Salimpoor, who conducted the research in Dr. Robert Zatorre’s lab at The Neuro and is now at Baycrest Health Sciences’ Rotman Research Institute. “What makes music so emotionally powerful is the creation of expectations.  Activity in the nucleus accumbens is an indicator that expectations were met or surpassed, and in our study we found that the more activity we see in this brain area while people are listening to music, the more money they are willing to spend.”

The second important finding is that the nucleus accumbens doesn’t work alone, but interacts with the auditory cortex, an area of the brain that stores information about the sounds and music we have been exposed to. The more a given piece was rewarding, the greater the cross-talk between these regions. Similar interactions were also seen between the nucleus accumbens and other brain areas, involved in high-level sequencing, complex pattern recognition and areas involved in assigning emotional and reward value to stimuli.

In other words, the brain assigns value to music through the interaction of ancient dopaminergic reward circuitry, involved in reinforcing behaviours that are absolutely necessary for our survival such as eating and sex, with some of the most evolved regions of the brain, involved in advanced cognitive processes that are unique to humans.

“This is interesting because music consists of a series of sounds that when considered alone have no inherent value, but when arranged together through patterns over time can act as a reward, says Dr. Robert Zatorre, researcher at The Neuro and co-director of the International Laboratory for Brain, Music and Sound Research. “The integrated activity of brain circuits involved in pattern recognition, prediction, and emotion allow us to experience music as an aesthetic or intellectual reward.”

“The brain activity in each participant was the same when they were listening to music that they ended up purchasing, although the pieces they chose to buy were all different,” adds Dr. Salimpoor. “These results help us to see why people like different music – each person has their own uniquely shaped auditory cortex, which is formed based on all the sounds and music heard throughout our lives. Also, the sound templates we store are likely to have previous emotional associations.”

An innovative aspect of this study is how closely it mimics real-life music-listening experiences.  Researchers used a similar interface and prices as iTunes. To replicate a real life scenario as much as possible and to assess reward value objectively, individuals could purchase music with their own money, as an indication that they wanted to hear it again. Since musical preferences are influenced by past associations, only novel music excerpts were selected (to minimize explicit predictions) using music recommendation software (such as Pandora, Last.fm) to reflect individual preferences.

The interactions between nucleus accumbens and the auditory cortex suggest that we create expectations of how musical sounds should unfold based on what is learned and stored in our auditory cortex, and our emotions result from the violation or fulfillment of these expectations. We are constantly making reward-related predictions to survive, and this study provides neurobiological evidence that we also make predictions when listening to an abstract stimulus, music, even if we have never heard the music before. Pattern recognition and prediction of an otherwise simple set of stimuli, when arranged together become so powerful as to make us happy or bring us to tears, as well as communicate and experience some of the most intense, complex emotions and thoughts.

Funding was provided by grants from the Canadian Institutes for Health Research and Canada Fund for Innovation, as well as awards from the Natural Science and Engineering Research Council (CREATE), Montreal Neurological Institute, and Centre for Interdisciplinary Research in Music Media and Technology.