Technology has unprecedented ability to detect and diagnose Alzheimer’s 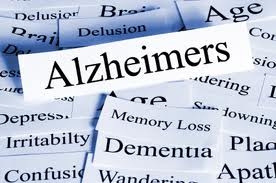 January 28, 2013 - A revolutionary technology has the ability to detect and diagnose Alzheimer’s disease with unprecedented accuracy. The computerized technique known as SNIPE analyzes magnetic resonance imaging (MRI) scans to capture patterns of atrophy specific to the disease in brain structures, specifically the hippocampus and entorhinal cortex. Diagnosing Alzheimer’s disease (AD) is still an inexact science, relying mainly on the patient's symptoms and performance on memory tests. Detecting pre-clinical AD, before symptoms appear, is extremely difficult. So far, the only way to definitively establish the diagnosis is through a post-mortem examination of a patient’s brain. However, SNIPE, developed at the Montreal Neurological Institute and Hospital - The Neuro, can differentiate Alzheimer’s from normal aging with an accuracy of 93%.  The technology has also been used for prognosis - it can predict with 75% accuracy which patients with mild cognitive impairment will remain stable and which will progress to this debilitating disease.

Alzheimer's disease affects 500,000 Canadians, 5 million North Americans and 25 million people worldwide. That number is expected to quadruple by 2050. Hope lies with early treatment, before irreversible degeneration of brain tissue occurs. However, it is difficult to test drugs in patients with early AD, since only 10 to 15% of patients with a mild cognitive impairment go on to develop the disease per year. This figure is too low to permit reasonably sized clinical trials. Drs. Louis Collins and Pierrick Coupé and their colleagues at The Neuro, at McGill University and the MUHC, have developed a new sophisticated tool to detect patterns of brain atrophy characteristic of Alzheimer's disease using MRI.  This computer analytics program is designed to help physicians diagnose the disease and predict which patients with mild cognitive impairments are at risk of developing the disease.

“What we have developed is currently the most accurate imaging biomarker for diagnosis and prognosis of the disease,” says Dr. Louis Collins. “SNIPE, which stands for Scoring by Non-local image Patch Estimator, will also be used to enrich patient selection for clinical trials, thus facilitating the development of new pharmaceutical treatments.”

SNIPE applies computerized analytics to MRI data, enabling small (5x5x5mm) segments or patches in the patient’s hippocampus to be simultaneously compared to similar patches from hundreds of pre-existing scans of cognitively normal brains and to similar patches from hundreds of pre-existing scans of AD brains. This gives an overall grading of the hippocampus as well as an estimate of the percentage of atrophy, and correlates this information to the patient's clinical status. When this grading measure is combined with the subject’s age, it enables an accurate distinction between cognitively normal subjects and patients with AD with a success rate of 93%.  The grading measure can also be used to predict which patients with mild cognitive impairment will progress to AD with an accuracy of 75%, one day enabling the possibility of early intervention.

This technique has several distinct advantages. It is fast, taking mere minutes; non-invasive, unlike conventional tests for AD which require spinal fluid; low-cost; more accurate; robust; and simple in terms of computer coding. Furthermore, unlike other techniques that have been tested, SNIPE is highly practical because it can be applied to standard MRI scans. The technology, which is being patented, is being licensed to a start-up company co-founded by Dr. Collins, True Positive Medical Devices Inc. The company's aim is to create a software platform that analyzes MRI to aid in Alzheimer's disease diagnosis. Their goal is to make this platform available to hospitals across Quebec, Canada and worldwide, in an effort to help thousands of individuals and their families in their fight against AD.

The results of SNIPE published in NeuroImage are promising and indicate that this new structure grading approach is a useful biomarker to efficiently detect AD and to predict which patients with mild cognitive impairment will progress to AD. Researchers are continuing to develop the technology to apply it in other neurological diseases such as epilepsy, Parkinson's and other neurodegenerative diseases.

This research is supported by the Canadian Institutes of Health Research, the MNI’s Centre of Excellence in Commercialization and Research award from the Government of Canada, and the Fonds de recherche du Québec – Santé. The data collection and sharing for this work is funded by the Alzheimer’s Disease Neuroimaging Initiative.