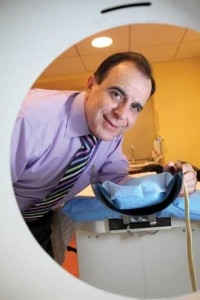 Dr. Michael Petrides is a co-recipient of one of only 24 Program Grants awarded worldwide by the Human Frontier Science Program, an international organization that supports new research in complex biological systems. Dr. Petrides is a researcher at the Montreal Neurological Institute and Hospital – The Neuro, as well as Professor in the Departments of Neurology and Neurosurgery, and Psychology at McGill University. He will collaborate with colleagues: William Hopkins, Neuroscience Institute, Georgia State University and Division of Psychobiology, Yerkes Regional Primate Research Center, Emory University in Atlanta, USA and Emmanuel Procyk, Department of Integrative Neuroscience, U846 INSERM in Bron, France, on their project ‘Frontal neuronal language networks through primate evolution.’

Dr. Petrides became a James McGill Professor in 2001 and was a Killam Scholar (2002-2007). His other accolades include: the James S. McDonnell 21st Century Scientist Award: Bridging Brain, Mind and Behavior (2001), election to the American Academy of Arts and Sciences in 2007, to the Royal Society of Canada in 2011, and to the pretigious Royal Society of London in 2012. His special interest is the function of the frontal and parietal cortex in cognitive activity. Dr. Petrides has demonstrated that a specific part of the dorsolateral frontal cortex tracks information in our working memory while other parts select information for retrieval from memory or select what responses to make based on acquired rules.  In the same brain regions, he has studied single cells to understand the specific activity underlying working memory and the mechanisms at work in retrieving information.  He has produced the modern architectonic maps of the frontal cortex that are used widely in the neuroscience community.