Addiction: abnormal communication in the brain 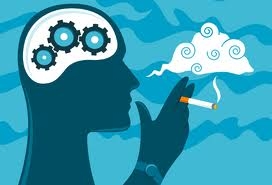 January 29, 2013 - Addiction to cigarettes, drugs and other stimulants has been linked in the past to the brain’s frontal lobes, but now there is scientific evidence that indicates where in the frontal cortex addiction takes hold and how.  Addiction could be a result of abnormal communication between two areas of the frontal lobes linked to decision-making.  The discovery will undoubtedly stimulate clinical work on new therapies for millions of people who suffer from addiction.

The research by lead authors Dr. Alain Dagher, a neurologist and researcher specializing in addiction at the Montreal Neurological Institute and Hospital -The Neuro, McGill University and Dr. Takuya Hayashi of the RIKEN Center for Imaging Science in Kobe, Japan, was published on January 28 in the Proceedings of the National Academy of Sciences (USA), one of the world’s foremost scientific forums.

Research focused on finding the areas in the brain that regulate addicts’ habitual craving, and that stimulate their habit when confronted by cues such as a smoker seeing another person’s lit cigarette.  Ten smokers were studied using functional magnetic resonance imaging (fMRI) and transcranial magnetic stimulation (TMS), a non-invasive method to induce activity in specific parts of the brain used in the study of brain function and neuronal connections.

Craving was triggered by exposure to images of smokers. The degree of craving was found to be encoded in the medial orbitofrontal cortex (OFC), an area known to be central to evaluating and pursuing goals.  Self-control was induced by telling subjects that they would not be allowed to smoke after seeing the smoking images. Self-control appeared to be encoded in another part of the brain, the dorsolateral prefrontal cortex (DLPFC), an area known to be involved in planning actions to reach a goal.

Researchers found that they could use transcranial magnetic stimulation to temporarily inactivate the DLPFC and stop the craving for cigarettes.  This research shows that self-control in addiction results from a suppression of reward signals in the OFC by the DLPFC. Dysfunction of the frontal lobes, which can result, for example, from psychological stress, might impair self-control and lead to excess drug taking.

Researchers believe that addiction could be a result of abnormal communication between these two brain areas.

“It is consistent with the view that drug addiction is a pathology of decision-making,” said Dr. Dagher.

“This is a neural circuit involved in decision-making and self-control that normally guides individuals to optimal behaviour in daily life,” said Dr. Hayashi.

Clinicians can use this discovery to tailor future therapies for addiction on the basis of neural networks.