The Griffintown neighborhood once housed the tight-knit community of the Montreal Irish. Gentrification, demolition, floods and fires have stripped the neighborhood of its once collective intimacy. The site, which is located in Griffintown, harbors remnants of the cities industrial past and maintains a close connections to its waterfront. It stands as a transportation node at the intersections of water and land creating a bridge since the birth of the canal. Nestling a long heritage of water and hygiene, the site once hosted two bathhouses.

Underneath the ruckus of the current motor and foot way, the site buries the skeleton of the Wellington tunnel. Piercing through the Lachine Canal, the tunnel was built 1931 and ran four parallel lines to carry pedestrian, street cars and traffic to Lasalle. The tunnel `to flood- ing, hidden under the constant developments of the city, occasionally hosting street artists and performance pieces.

This proposal wishes to see reappearance of a new definition of bathhouse as a means to restore the collective notion to the neighborhood. A bathhouse that facilitates a range of social interactions and forming the idea of the intimate collective. Though introducing different volumes of space and spatial transitions the

bathhouse will emphasize on moment, interactions and the friction between the intimate and the collective. 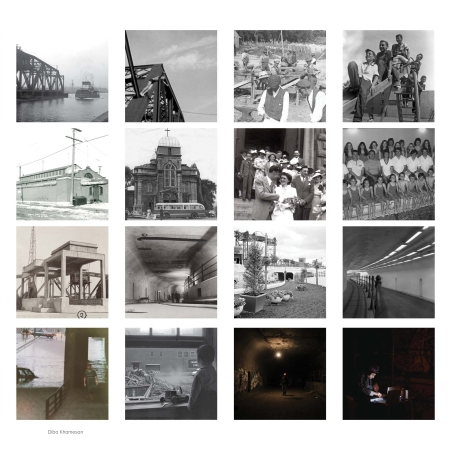 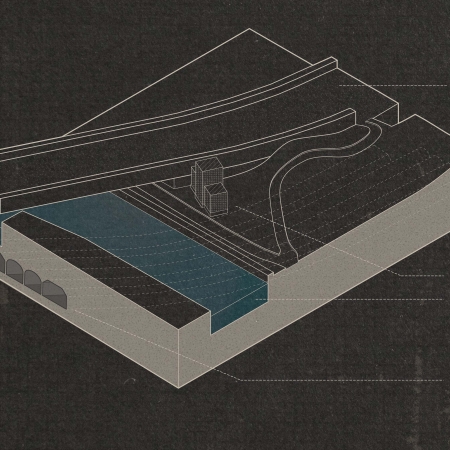 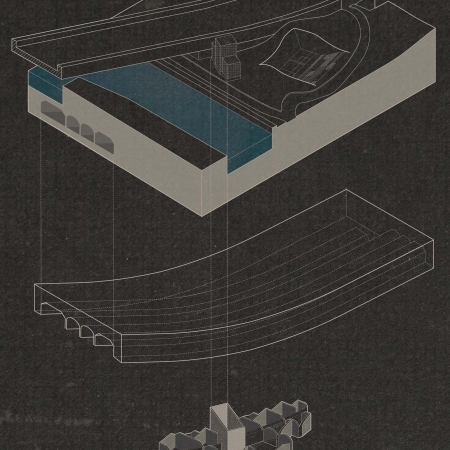 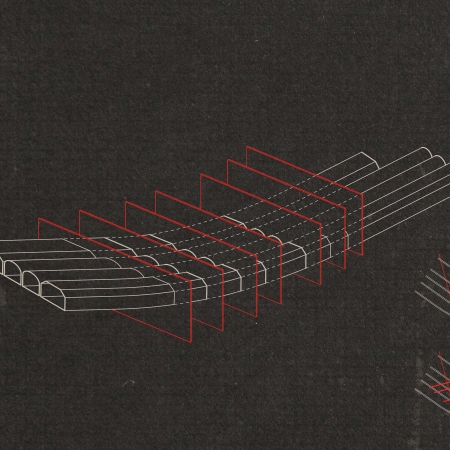 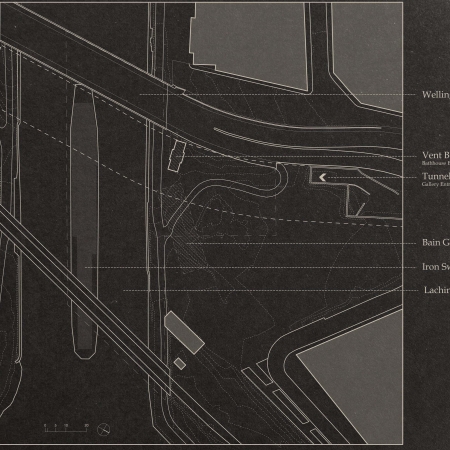 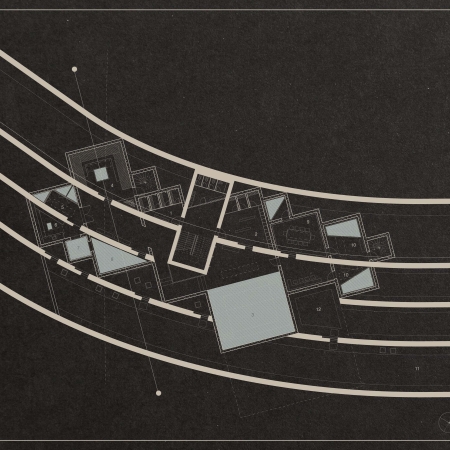 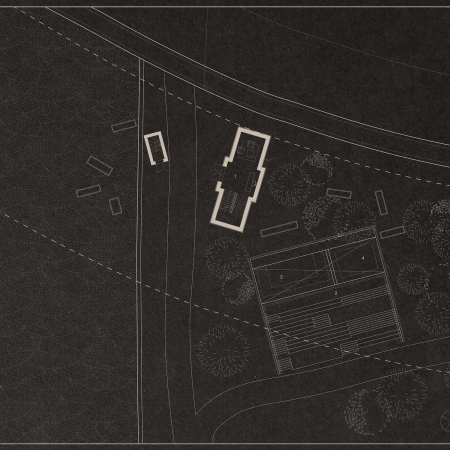 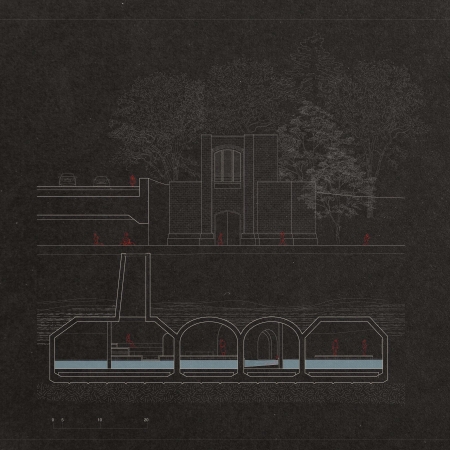 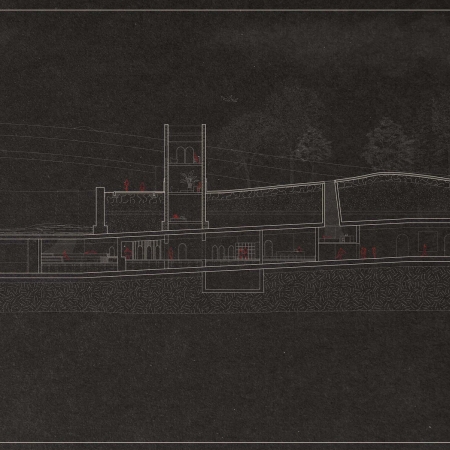 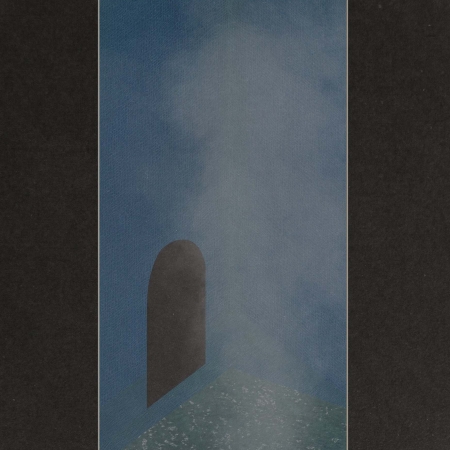