Our view of a library begins with what it represents as a concept that has stood the test of time. Traditionally, it is a space where various manifestations of knowledge collected through several decades are physically stored. People can visit this space in order to access these documents.

Along with the age of digitalization, the modern library contains documents that are now also accessible online. People, notably teenagers and children, may be less inclined to displace themselves for the sole purpose of physically witnessing a document rather than digitally retrieving it in the comfort of their own home.

Thus, we conclude from these observations that libraries are far less appealing than they used to be due to new forms of entertainment that no longer require physical displacement. Within itself,
a library is a space in which the physical space represents a very minimal portion of what it symbolizes as whole. When taking into account the extensive global information it contains, a library becomes principally virtual. Its physical use, although minute, remains crucial as it is used to gather people within a community and to incite their curiosity for knowledge and promote an educated and united society.

We narrow down our focuses to three points that establish the new instructions determining guidelines for a successful library in this modern day and age.

The first one is physically reaching out to people. As members of society are now less inclined to physically displace themselves in general, bringing the library to them is the first step of the design. In other words, taking small parts of the building and scattering them around the city to give people a taste of the institution is most likely to eventually instill enough curiosity in them to make the effort to visit the library itself.

The second point is the focus on communal space. We deem this component of a library to be one of its most essential. Thus establishing a strong link between the community and its library is crucial to keep it alive.

The third and final point is having a clear indication of where people fit. The easier it is for people to see themselves in the library, the more likely they are to step inside it. 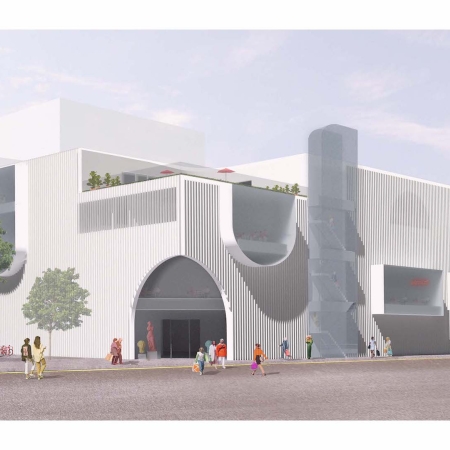 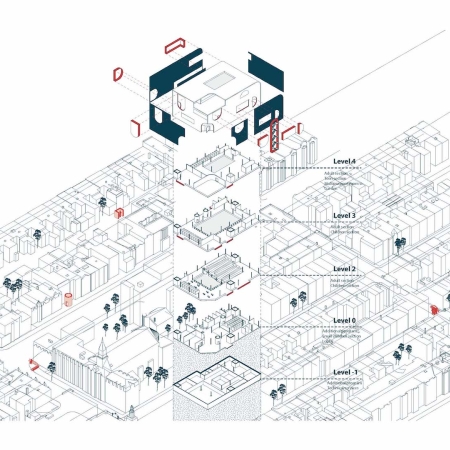 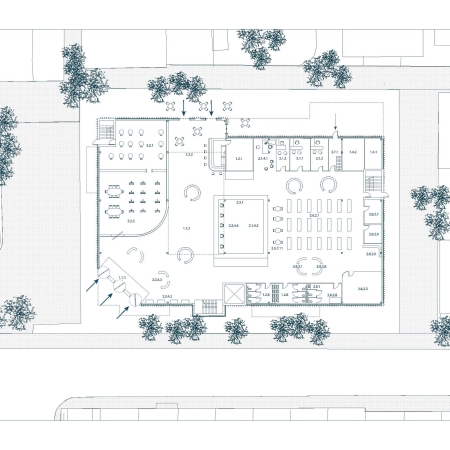 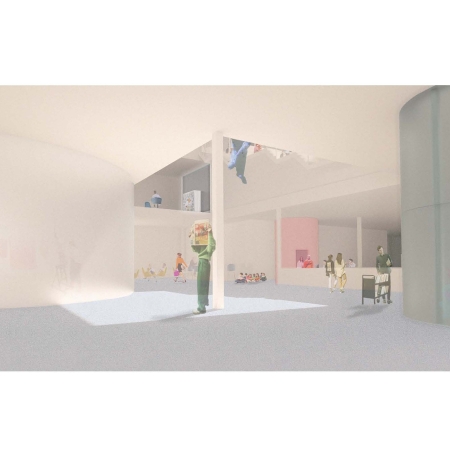 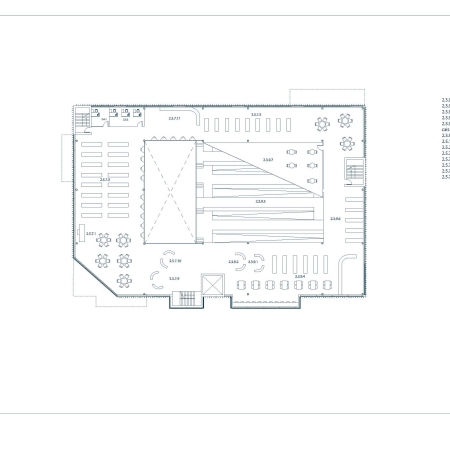 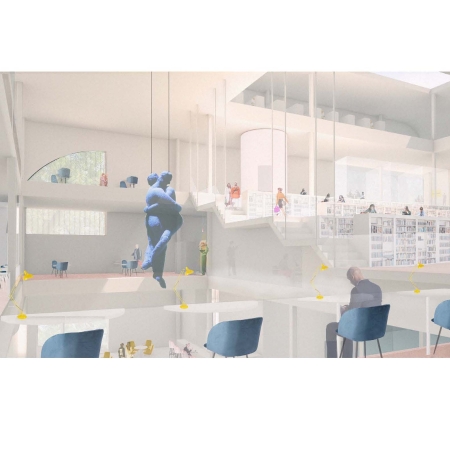 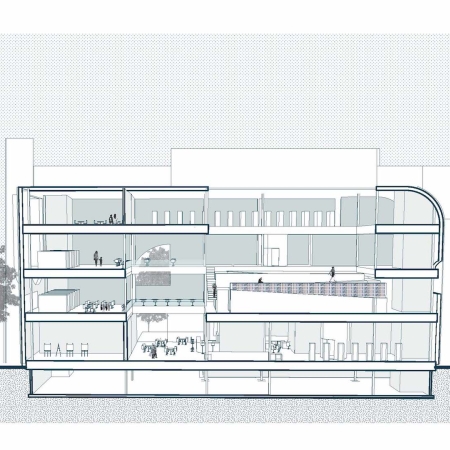 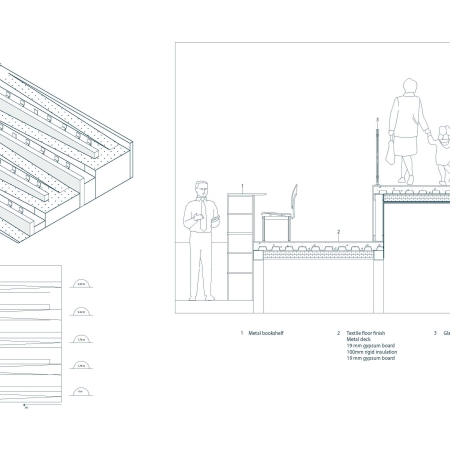 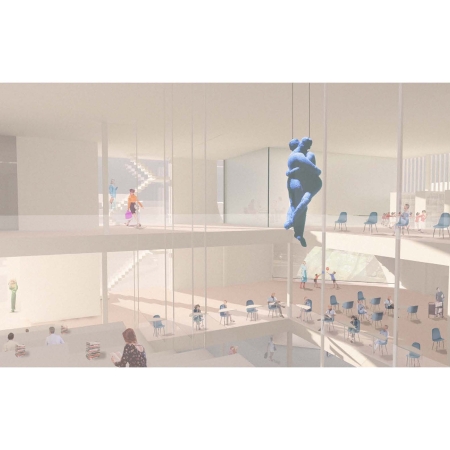 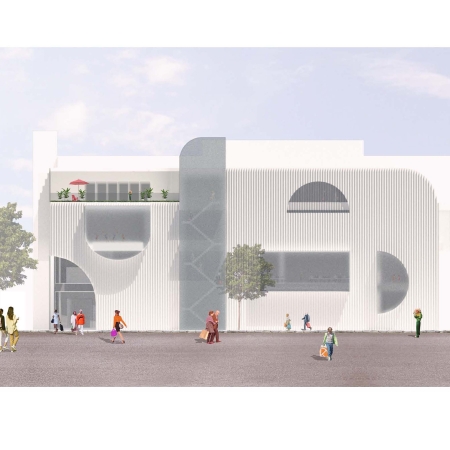 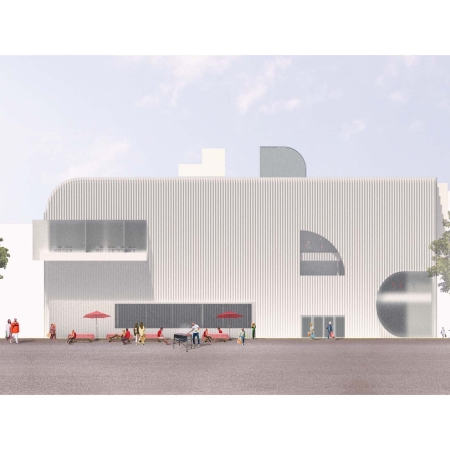 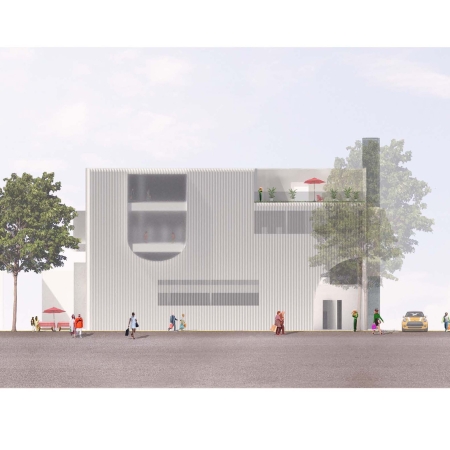 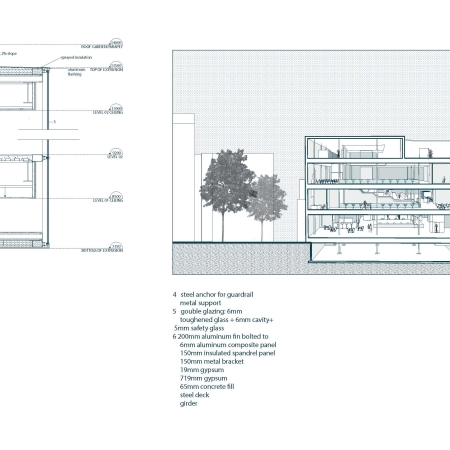